5 Types of Businesses That Involve Animals

They say that you should never work with children or animals but if it is your business and it makes you money then it is different. This article will explore the types of businesses where animals play a big part in profitability.

Farming can be Arable, that is when crops are grown, or involving animals to produce food. Many farms will diversify to the extent that they are involved in both to survive financially. The land is a highly marketable commodity, too, and so that can be rented out for events to make extra money. However, not to digress, we will focus on the different ways that animals produce money for a farmer.

Animals will be bred for meat. For instance, with a cow, there are 9 primal cuts. You can have chuck (from the front upper section of a cow), ribs, sirloin, short loin, brisket, round, short plate, foreshank, and flank. A butcher can turn all these into sales, and a farmer profits from the money he receives for having fattened up the cow before slaughter. With a sheep, you have shoulder, chop/rack, loin chop, leg, rump, shank, or neck to choose from. On a pig, it is pork butt, pork foot, pork jowl, pork loin, pork side, picnic shoulder, ham, and spare rib.

Also, other products such as eggs and milk are produced from animals which a farmer can sell to supermarkets or on farmer’s markets. Byproducts such as cheese can be produced. There are many possibilities for generating income through farming. From animals in particular.

Veterinary surgeons can work for others, buy into another practice that treats animals, or own their own in its entirety. They can not only earn by charging for their time treating the animals but also from making money on additional products and medications that can be sold that relate to the treatment of animals and their wellbeing. It is a long training but several markets can be tapped into in a business sense once fully trained. A vet can specialize, for instance, in farm animals, domestic, animals, or zoo animals. They often attend troublesome births on farms. Losing a cow can mean a lot of money lost to a farmer so they rely on their vet.

Animals make appealing subjects for photographers. They appear on calendars and greetings cards. If you have an appealing pet, you can earn money by loaning them out to a photographer. If you can train them to do tricks, then they may be useful in the film industry. “Lassie” springs to mind, and so does “London,” who played The Littlest Hobo.

Buy a good camera that is capable of creating sharp images even when they are blown up to a larger scale.

Kennels or catteries will house pets while their owners are on holiday. Many will look after the pets in luxury. They are like an overnight hotel for pets. Users can be charged for this service quite handsomely.

It is like most things, if you have some ground, you can consider building some housing suitable for housing pets overnight. The spaces will pay for themselves in no time. When you are costing things out, bear in mind that certain breeds might be more troublesome to look after than others and that individual dietary requirements may need to be considered just like with humans. Pet owners will themselves have different requirements and expectations.

Walking other people’s dogs can make for a small business venture or a useful supplementary income. If you like dogs, then it is a pleasurable way to earn a living. You may wonder why owners would not want to walk their pets but we all live busy lives and some dogs require more walking. It should be considered that all dogs, no matter how sleepy they appear, will require some exercise.

Dogs that need to be exercised a considerable amount include the Border Collie, Rhodesian Ridgeback, Weimaraner, Dalmation, Siberian husky, Golden Retriever, and Labrador Retriever. This is where a dog walker comes into their own as it is going to take time walking a dog twice a day or more.

So, some ideas here as to how you can make money, and therefore a business, out of the use of animals.

This site uses Akismet to reduce spam. Learn how your comment data is processed. 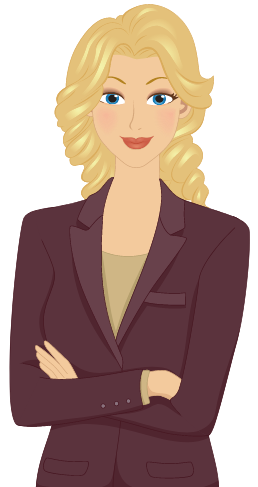 My name is Peggy Wester. This site is my blog where I put my business experience from years in work. As of 2017, I have been working as a freelancer in the digital sector as a marketing advisor, but before then I worked in various sectors along a similar line.

It is not impossible to become a very successful business person but there can be difficult days ahead. Keep referring back to my blog and other business blogs to make sure that you are staying on track with your business venture!